Homeless Workers: Origin and result of the USA’s Economic Crisis 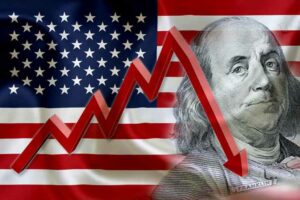 It has been almost 14 years since the overproduction and overaccumulation rumbled the foundations of the world capitalist system in 2008. It is point out as detonator of that crisis the “Bursting of the real- estate bubble” of 2007 in the United States, which, far from the technical-financial terms, it is nothing but the result of a basic contradiction: In one place, the need of the banks and other financial institutions, about grow and keep their profits. (In this case, by speculating with real-estate credits) and therefore making it impossible for the workers to pay back those credits. Leaving aside that the more deep causes are in the production, we must point out that the “Breaking point”, the weakest artery wall was the real- estate sector, in other words in the workers’ difficulty to obtain a dignified dwelling.

Between 1997-2006 is registered a speedy increase in mortgage credits   in the USA (Callejas y Tobón 2008), and specially between 2004-2006 a huge concession of “risky” or “low quality”, which means they are in high possibility of not being liquidated. (Banco de México, 2008). Who applied for low interests credits (At least at the beginning) without “exigent” guarantees? In the last instance, the small real-estate investors who belong to the “Middle classes” or with aspirations of belonging there, essentially american workers. This is to say, that since 2004, it could be point out, a proggresive generalization of hurdles to allow workers to achieve or maintain a dignified dwelling

For example, in 2003 and 2004, the “State of Nations Housing” registered a continuous growth in the buying and selling of houses in the USA,  despite this continuous rising of prices. (Joint Center for Housing Studies, 2004-2005). If we compare that information with the increase of “low quality” credits in that period, it is not amazing to conclude that the workers’ families resolve the housing need only “By illusion”, asking for credits that couldn’t be paid back. They didn’t resolve the issue at all. Therefore based on the information of 2004, the document mentions possible difficulties as a consequence of the increase of the interest rate and the slow down of the real-estate market (JCHS, 2005). Meanwhile in 2005 the same institution registered, moderately, the tendence that led to the “burst of the real-estate bubble” in 2007, and the economic crisis of 2008: The increase of the dwellings costs, the interest rate and the percentage of the families’ income absorbed by the mortgage (JCHS, 2006). Loyal to those ambitions, lack of sense. and disparagement of the workers families wellbeing, the financial institutions looked for solutions to that tendency. By giving more mortgage credits! Which led to a completely artificial increase in growth of the real-estate market in 2006, and the dramatic collapse of 2007.

The consequences: thousands of families lost their dwellings, evicted to the streets or by pressure of high rents; In addition, the conditions of those who kept their dwelling wasn’t best either, they needed to sacrifice the percentage of their income for education, healthcare and other services. If we add the loss of employment, the inflation, the closure of small auxiliary businesses, and other effects of the economic crisis, we can draw a clearer image of the difficult conditions of the workers’ families in the USA.

If the issue began with difficulties to achieve a dignified dwelling, the same issue led to the worst difficulties. That is how it works under the rules of the financial institutions and monopolies, which are the masters of the economy, putting the weight upon the workers and making them pay for “their broken plates”. (Make the workers pay for the mistakes of the capitalists).

All along 14 years the so-called “Recovery” has been insignificant, couldn’t be detected in the day to day life by the majority, to the point that those “Exceptional” difficulties came to be the “common” condition in the USA; The heartless images of New York and Los Angeles are the most characteristic examples. In the meantime Bush, Obama, Trump and Biden administrations dedicated themselves to “rescue” of the financial institutions with public money and disputing the market for their monopolies. (By political means, as it is the gas in Europe, or by war, like in Iraq, Syria, Afghanistan, Ukraine and other regions); the living condition in the USA continues to deteriorate and has no real prospects of recovery.

What is the situation nowadays? In accordance with the summary of State of the Nation’s Housing for 2020. “Despite the US economy keeps recovering” , the amplified inequality because of the COVID-19 pandemic is still front and center. The homes that resisted the crisis without financial disturbance are hoarding the limited offer of dwellings, provoking the rise of prices and excluding even more the chance of property by those less capable economically. At the same time, millions of homes that lost their income because of the closures of businesses are delayed in payments and in the menace of being evicted or mortgage judgment. A non-proportional huge majority of those are low income people or colored minorities.” (JCHS, 2020). It is difficult to point out the Harvard’s University organism, as it is the Joint Center for Housing Studies of being socialist or communist; despite that, it will be enough to change the terminology, carefully chosen, to obtain the same conclusions of the communists.

Without change, the registers of the State of the Nation’s Housing, since 2004 until now, remark about the most affected people are low income, sometimes detailing colored people, or hispanics descendant, as the worst cases. For example, 2019 numbers, said that 80´% of low income tenants (less than 25000 dollars per year) suffered and increase in the spending related to their home, moderate or serious; the 70% of those between an income of 25000 and 34999 dollars and 50% those between 35000 and 49999 dollars, suffered at least a moderate increase of spendings in their homes; in other words the poorest workers are the most affected by the crisis. The 54% of the total colored people tenants, 52% hispanic descendants and the 42% of withe people, suffered “moderate charges” , it is also easy to conclude that colored people and hispanic descendants are the most affected by inequality (JCHS, 2021). What is expected for the mexican and centroamerican migrations in those conditions? Only the same as they are fleeing for.

The “American Dream” i no more, in the 70’s, 80’s, and 90’s decades- Those times in which the USA was an escape valve for the latinoamerican economies in crisis, is now in the past, and the pressure has been accumulated in the American Union: A huge number of low income workers, are homeless, without education or healthcare systems, drowned in heave financial problems and under the mercy of banks or monopolies. ¿Which is the escape valve now? There is none. The hispanic descendant workers have no more option than organize themselves and fight in the place where they are, the USA. – Considering that in their countries of origin the facts are even worse now.- , with strong unity and allied with their colored and white co-workers who lived the same conditions.